Properly designed and constructed energy efficient homes require both well-insulated and sealed building envelopes and efficient, reliable mechanical systems. Selecting the appropriate R-values and equipment efficiencies for conventional housing is fairly easy since building codes specify minimum requirements for most of these parameters. However, as the home’s energy target becomes more rigorous, designers and builders have to decide how much of the additional investment to put into envelope measures versus that which goes into the mechanical systems. But the decisions designers and builders make have consequences for more than the first home owner: the sustainability of their choices has an impact on subsequent owners of that home – who have to consider more likely maintenance costs, and future energy efficiency upgrades to meet evolving societal expectations. As such, these decisions affect the future desirability of living in homes built in these neighbourhoods. This paper argues that builders should not trade-off improvements to the building envelope in favour of mechanical systems. Several factors should be considered when addressing this question.

Envelope Measures Reduce the Size and Cost of the Mechanical System

An energy efficient envelope requires less space heating and cooling. This is obvious, but builders have been unable to profit from this opportunity by being forced to use an outdated CSA F280 standard, which effectively mandated oversized heating systems. This standard has now been revised, and the new version allows selection of smaller heating systems appropriate to the quality of the envelope. Reduced capacity heating systems also permit use of smaller, and hence cheaper, distribution systems. So maximizing the energy efficiency of the envelope can end up saving money on the mechanical system*1.

With the exception of duct-work, plumbing and venting systems, most of a home’s mechanical system has a relatively short life expectancy compared to envelope components. Heating systems such as furnaces and heat pumps, as well as ventilation system components last about 25 years while hot water tanks are normally good for about 10 years. In contrast, properly installed envelope measures such as upgraded insulation levels in the wall, ceiling and basement should last the life of the building.

Research on the long-term energy usage of houses has demonstrated the durability of energy conservation measures. For example, a study of twenty-one energy efficient houses over a decade-long period found the mean change in weather-normalized, total purchased energy was very small, averaging about -1.4% (i.e. a slight decrease in consumption)*2. While individual house energy usage varied a fair bit, from -33.2% to +30.3%, the overall house sample demonstrated remarkably consistent behaviour from an energy perspective. Further, fourteen of these houses which had not experienced any significant changes to either their physical characteristics or their occupancy patterns displayed an average change in energy use of only 0.4% over ten years. While this demonstrates the durability of both the envelope and mechanical systems used in the houses, the latter will have to be replaced multiple times over the life of the house.

Every homeowner knows that regular maintenance is required to keep a house in working order. However, if the building envelope is properly designed and constructed, maintenance costs will be minimized. Mechanical devices are a different story: they contain moving parts and electronics including printed circuit boards. These require regular maintenance and replacement, and are, arguably, more vulnerable to problems resulting from inadequate servicing. Most mechanical appliance manufacturers recommend servicing their products every few years by trained personnel to keep equipment in peak condition. Since even a basic service call will cost between $100 and $300 even if no problems are found, this can significantly degrade the cost-effectiveness of these measures. Also, mechanical systems are becoming increasingly complex as manufacturer’s attempt to squeeze the maximum possible performance out of their equipment which further increases their vulnerability to maintenance issues.

Servicing mechanical systems can also be a major problem in rural, remote and northern locations where the availability of trained maintenance personnel and spare parts is more problematic than in southern, urban areas. In contrast, most building envelope repairs require materials and supplies which can be readily found at almost any home hardware store or lumber yard.

Mechanical Systems Are Easier To Upgrade In The Future

Since most mechanical devices only last 10 to 25 years, there will be opportunities to install better, more efficient appliances in the future. In contrast, upgrading envelope measures is more expensive and difficult to perform at a later date. Replacing an existing furnace with a more efficient unit is relatively straightforward; in fact, if the venting system does not have to be altered it can be almost a “plug-and-play” exercise. Upgrading envelope insulation levels is a more difficult and expensive proposition since more than insulation is likely affected (new cladding, new interior finishes, new windows or window treatments, etc., may be required). A recent study for Ontario’s Ministry of Housing and Municipal Affairs showed that such envelope insulation upgrades have simple pay-backs of around 20 years – which is a non-starter for any home owner*3. Envelope measures which cost $1000 if incorporated into the original design may cost two to four times as much to add on after the house is completed (even if inflation is ignored). 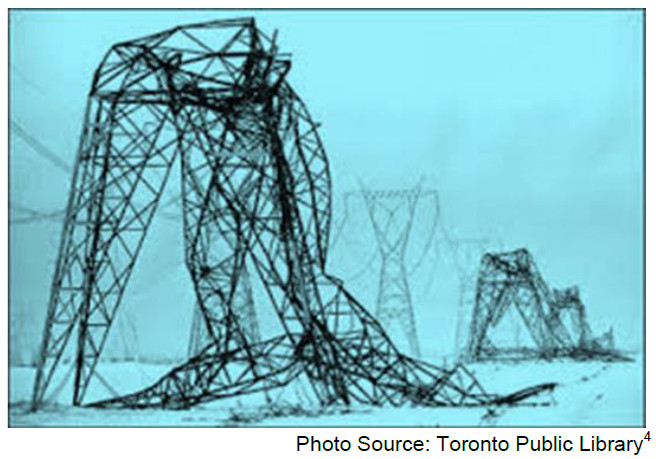 If the power goes out, envelope measures will still protect the home’s occupants, whereas mechanical systems will be of no value. A modern, well-insulated and sealed Canadian home can provide shelter during the most brutal weather conditions – even if the entire mechanical system is disabled by a power outage or some other catastrophic event. The better insulated and more airtight the envelope, the better the protection which the house can provide during such events.

During the 1998 Ice Storm, thousands of people were left without electricity for periods up to several weeks. Outdoor temperatures averaged between -7 and -8 °C, although temperatures did reach as low as -23 °C. However, in-house temperature measurements conducted in thirty-one of the affected homes on behalf of CMHC found that their average temperatures remained well above freezing*5. This demonstrated that even if the power fails in a modern house, the house may take days or weeks to fall below freezing, depending on the severity of the weather. If higher levels of insulation and improved airtightness are used (relative to those in the Ice Storm houses), then the time required for the house temperature to reach the freezing point will be even longer. Also, the house will be able to stay above freezing during periods with even colder temperatures.

Envelope Measures Protect the Health of the Occupants

A well-insulated building envelope will operate with higher interior surface temperatures on the walls, ceilings and foundation. This will reduce the amount of condensation which occurs on these surfaces and thereby reduce mould growth. It should be noted that the amount of surface condensation necessary to promote mould growth is very slight; in fact it is usually invisible to the naked eye. Incorporating design measures such as insulated sheathing will seriously reduce the impact of thermal bridges in the building envelope and can have a surprisingly effective impact on occupant health.

The overall design of a house becomes increasingly challenging as it approaches Net Zero or Near Neat Zero levels of performance, since the total investment in energy measures becomes much larger. In fact, one study of recent experiences with Net Zero Energy Houses in Canada found that “One of the most common problems (both observed and reported) with Net Zero Energy Housing has been the complexity of the mechanical systems (space heating, domestic hot water heating, ventilation and cooling). While there may be a temptation to use every thermodynamic opportunity to maximize performance, the reality is that complex mechanical systems almost always prove to be problematic, expensive and far too unreliable. Perhaps the most trouble-prone example has been seasonal heat storage systems which attempt to capture and store large amounts of energy between seasons. While technically feasible, such systems are usually extremely expensive, produce nominal savings and may require the homeowners to adopt a full-time repairman as a live-in family member”*7.

Gary Proskiw, P. Eng.
Proskiw Engineering Ltd.
Gary Proskiw is a mechanical engineer with over 35 years of experience in building science, energy management, research and training. He has served on the Part 9 Committees of both the National and Manitoba Building Codes as well as several CSA and CGSB committees. Gary has a Bachelor’s degree in Mechanical Engineering and a Masters in Building Science.

For more information on high performing building envelopes and expert tips on how to insulate your home, visit NAIMA Canada.

North American Insulation Manufacturers Association (NAIMA) Canada promotes energy efficiency and environmental preservation through the use of fibre glass, rock wool, and slag wool insulation, and encourages the safe production and use of these materials. 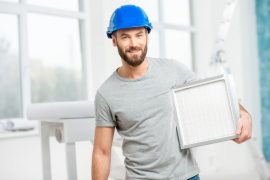 Benefits of Permeable Paving for Spring 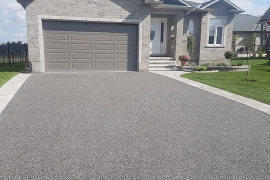