I have heard a lot of information in the media lately regarding home security systems. What types of systems are available and how effective are they?

A security system is installed for occupant health or safety reasons, or to protect the building itself from intruders/invasion. Most home security systems on the market today consist of similar equipment; sensors, a central control box that monitors the sensors, remote key pads, and an audible alarm that is triggered when a sensor is activated. The main difference between the systems is in the type of sensors used and the way in which the system is monitored, if at all.

Sensors should be installed where they will be the most useful. For example, it does not make sense to install a window opening sensor on the second floor of a home – unless there is a way to easily access that window such as a porch roof or balcony.

Most security systems are equipped with an alarm that is triggered when a sensor is set off. There are two ways in which this alarm may be used; as a deterrent to burglars, or as an apprehension device. A silent alarm that does not alert the intruder, but alerts the authorities to the intruder would be more effective at apprehending the suspect than an audible alarm that alerts the suspect and scares them away. However, if the intruder is scared away quickly, they will have less of an opportunity to take personal belongings. Silent alarms should have supervised sensors that report when an intruder has entered, low battery and tampering. If the alarm is disconnected or destroyed when armed, they will send an alarm signal to the control panel.

Having the system monitored is an option with most security systems. If the system is not monitored, you’d have to rely on your neighbours to call the authorities when the alarm is triggered and the home is empty, although this is not an ideal situation in rural settings where there are no close neighbours. If monitored, it is usually handled by the company who installed the system. When one of the sensors triggers the alarm, a message is sent to the control center, either via telephone or long-range radio. The company may then phone the house or send a security service directly to the property to verify that it is not a false alarm and subsequently call the appropriate authority. The disadvantage of using a telephone line is that it can easily be cut, disconnecting communication with the monitoring company. Telephone wires on the exterior of the home should be protected in a metal sheathed cable to prevent damage.

Some other things to consider when talking about alarm systems include cost, convenience, and necessity. In some instances, the equipment and installation of a system is free, if the customer signs onto a monitoring plan for a specified amount of time. Installation usually includes a certain number of “free” sensors with additional ones installed at a cost.

Some systems treat the people in the home like prisoners – certain rooms cannot be entered due to the presence of motion sensors, which is inconvenient at night, for example, when the system is armed but the occupants are at home. Windows or doors that are equipped with sensors cannot be left open when the system is armed, which means some potentially very warm temperatures inside during the summer months.

Before you install a system, it would be a good idea to ask yourself a few basic questions. Is an alarm system necessary? Is there a high crime rate in my neighbourhood? Do I travel often, leaving the home unoccupied for long periods of time? Do I own expensive or priceless objects that I need to have protected? While these are not the only reasons why people have security systems installed, they may just want peace of mind that their home is being monitored at all times.

If you decide not to have an alarm system installed, there are some easy ways of deterring would-be thieves:

Connect with Bonded by eRenovate™ Pros by using the eRenovate Post My Project tool, and enjoy Peace of Mind with the eRenovate Guarantee which offers $25,000 Deposit Payment protection and 88 Day Workmanship Guarantee. 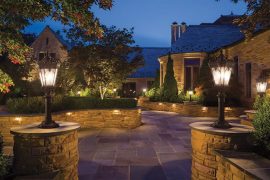 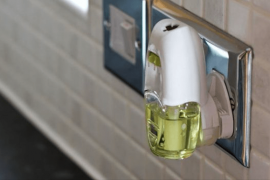 Airborne Chemicals in Your Home 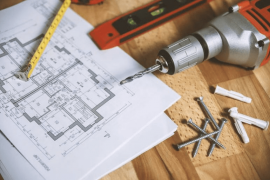 Final Phase of the Renovation