Designer Negar Reihani meshes the best of both worlds in a 1940s home, respecting its original design while incorporating energy-saving features

When Negar Reihani, the founder and principal designer of Space Harmony, was tasked with redesigning this 1947 house in North Vancouver, she knew that she wanted to keep the essence of the house by respecting its original design features. Although it is common during the remodelling process to strip a home bare, in this case, everyone was on-board with Reihani’s idea of putting in the extra time and effort to work with some of the original features of the house, and build the new features around them. Of paramount importance was also the need to save on energy and natural resources.

The bones of the house were solid, so Reihani kept the basic layout and introduced some minor yet impactful modifications to improve functionality. The kitchen was opened up to the family room to accommodate a 13’ island, suitable for the lifestyle of a modern family. The fridge and wall oven were placed on the shorter wall—and one of the only two walls of the kitchen. The second wall was modified with a large window running on the whole upper part, allowing a flood of natural light that pours into the entire family area. “Going against the norm and eliminating upper cabinets on the primary wall was quite risky but I was so sure about the impact it would have,” says Reihani.

Once the layout was finalized, it was time to select finishes. “We were really excited about the vision for the space and to pay homage to its roots through a Modern Rustic theme, so I decided to translate the original finishes from the ’50s into a modern tone,” says Reihani.

The new cream-shaker cabinetry is very similar to what was used there before, but the difference is a simpler and less ornate door profile. The mint-green accent colour is reminiscent of the original era of the house, which is now used in the island cabinetry, but Reihani gave it a modern and updated look by using matte-black drawer pulls and handles. A hint of the pale green is also incorporated into the mosaic backsplash, which runs on the whole wall and the only wall of the kitchen. “The original backsplash was also green mosaic,” recalls Reihani.

The sight-line into the kitchen was very important to the design so she decided to go with a hood fan, which was mounted directly on the ceiling with no chimney hang. “It was truly what worked best for the space and it allows the lighting design to really stand out.”

Instead of the 1950s linoleum floors, Reihani chose matte wire-brushed oak floors to add a truly modern and fresh west-coast touch to the house.

Open shelves in the same finish as flooring were strategically used in the corner of the kitchen to keep the space feeling airy and light while visually interesting.

Reihani decided to use a beautiful Arabescao marble top on the large kitchen island while keeping the parameter countertops in white quartz for easier maintenance. The grey-green vein in the marble ties the cabinet and tile together and creates a cohesive look in the space; also adding a classic touch to the kitchen.

“It was important to save what we could from the original house and build the new design around it in a way that everything blends in together seamlessly,” says Reihani. In this spirit, she chose to keep brass a main feature of the design, but changed out the old fixtures for more modern versions. She kept the tone of the 1950s and added rustic touches by using vintage forms and elements such as chicken-wire cages and cone lamps for the lighting.

“I tried to create a new home while keeping its old soul—a home with a relaxed, unfussy style with a nod to its heritage. We have to respect the good things from the past and not just rip everything apart and build new.”

In the end, one designer’s smart design plans and her clients’ trust in her visions, made it possible to create a truly unique home using the best of both worlds—old-world charm with modern eco-conscious, energy-saving elements.

Launched in 1990, RENO & DECOR is Canada’s Home Idea Book, inspiring readers with the latest in tips and trends for their decorating and renovating. 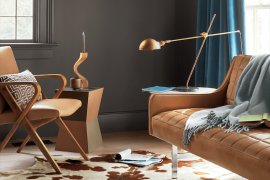 Turn Up the Heat with Your Fall Decorating 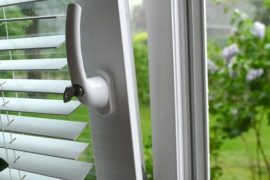 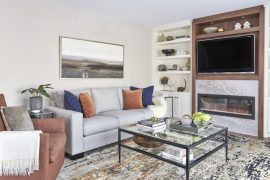 Make Your Space Warm and Cozy