I have heard a lot in the news recently regarding homes being used to grow or manufacture illegal substances. What is the concern and how do I know if the house I am thinking of purchasing was used for such purposes?

Growing and/or producing illegal substances has become a problem in rural and urban neighbourhoods of all kinds across the country. In a short period of time, a significant amount of illegal drugs such as methamphetamines, ecstasy, gamma hydroxybutyrate (GHB), or marijuana can be produced in a residential setting. The production of these drugs often goes undetected. Depending on how long the house is used, it may be unfit for occupancy due to electrical hazards, structural damage, and/or fungal and chemical contamination.

Growing marijuana plants requires a significant amount of electricity for lights to help the plants grow in locations not visible from the street. Often, electricity is stolen by tapping into hydro lines before the meter or from adjacent homes to reduce operating costs and to prevent detection. This is because unreasonably high electricity bills may alert the authorities to the illegal activity. Tampering with live wires is very dangerous and exposed wires may be left on the exterior of the home, putting neighbours at potential risk of a fire or electrocution hazard. Unsafe wiring may also exist inside the home when additional receptacles are installed to plug in the lighting equipment.

In addition to lighting, chemicals such as fertilizers and pesticides are used to produce good “crops”. With conditions such as elevated humidity levels, these types of homes are basically turned into small-scale greenhouses. Residential buildings are not well-suited for excess moisture and mould is a common problem in grow houses. The chemicals and moisture are absorbed into the building materials, and often, mould grows on the interior and exterior wall surfaces, creating an extremely unhealthy living environment.

Sometimes, the operator will install a ventilation system to remove some of the moisture from the house. The ventilation system would ideally exhaust to the exterior of the house, but in some cases, the moisture is only vented to the attic, resulting in a significant amount of mould growth and structural damage to the roof framing members. The potential hazards of purchasing a house that was once used to grow marijuana also includes: chemical residues in building materials, unsafe wiring conditions, structural damage due to elevated moisture levels,and improperly cut structural members to run ducting or bypass the electrical meter. Due to the time and cost of setting up marijuana grow operations; these houses are often used over a long period of time before they are found.

Production of Chemically-derived Drugs in a Lab

The production of chemically-derived drugs such as GHB, MDMA (ecstacy), and methamphetamines also occurs nationally in residential settings. These drugs are “cooked” using chemicals that can easily be obtained at hardware, grocery, or drug stores. Camp stoves or propane fuel containers, kitchen glassware, hoses, filters, funnels, and coolers are just some of the equipment used in these clandestine labs. While in operation, neighbouring houses are in danger, due to the elevated fire and explosion risk created by the amateur “scientists” playing with dangerous chemicals and explosive gases. These labs are typically very mobile, and urban houses are not normally being set up for long-term operations. However, residual amounts of chemicals such as hydrochloric acid, ether, ammonia, lead, acetate, and lithium can still be found in the walls, carpets, and building materials and sometimes in the sewer drains and soil around the exterior of the home.

These chemicals can cause adverse health effects that include cancer, respiratory problems, and brain damage. When it comes time to purchase a house, there are some tell-tale signs to look for that may indicate the house was used to produce illegal substances. Be aware that since the house will likely have been vacant for a long period of time, and depending on the amount of clean-up that occurred, it may be difficult to identify a grow house or clandestine lab.

Grow houses and clandestine labs are found in every type of neighbourhood, from high-end single family homes to dwelling units in apartment buildings to commercial buildings and warehouses.

Signs that a house has been used to grow marijuana:

Signs that a house has been used as a clandestine lab to produce illegal substances:

Other non-physical signs that a house may have been used for illegal purposes include an owner that knows very little about the house because it was rented, or a house that has been seized by the bank. Sometimes a “good deal” is too good to be true, because the house was used for illegal purposes and the owner wants to be rid of it, fast. Talk to the neighbours if you are at all suspicious. Most of the time, neighbours have lots of information that they would love to share! Some police forces publish a list of houses that were investigated as suspected marijuana grow operations that can be accessed online. As well, real estate agents are obligated to disclose if they know the house was used to manufacture illegal substances. A home inspector can also help identify the physical signs that indicate if the house was used to manufacture illegal substances. However, a home inspection is not an environmental survey, nor is it an intrusive investigation. Air testing should be performed on any suspected grow house or clandestine labs to confirm or deny the presence of harmful contaminants or mould. Only destructive testing can determine the condition of the building materials behind drywall or under carpets.

Before proceeding with the purchase of this type of house, it is important to speak with a lawyer and the insurance company. Most lawyers will advise against the purchase of houses known to have been used for illegal grow/manufacturing purposes due to the stigma attached to them. Similarly, insurance companies and some mortgage companies will often not cover these houses, based on the potential health and fire risks to the building and its occupants. Also, the potential difficulties they may have selling the house in the future.

If you suspect that the house you’re thinking about purchasing has been used as a grow house or as a lab, it’s best to have the home inspected. 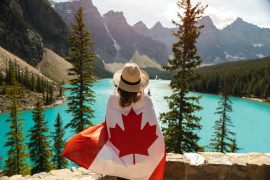 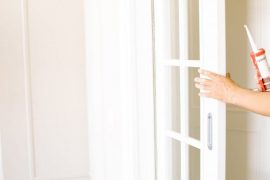 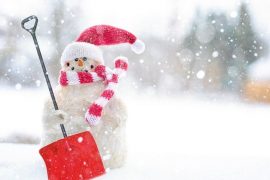 PurePave is Perfect for Canada’s Climate