What structural concerns regarding a home’s foundation should I be looking for when buying a home?

In some cases, a drainage layer is placed on the outside of the foundation wall before the area is back-filled, to aid in the directing of water to the weeping tile. This is to reduce the potential for water accumulation around the foundation walls from leaking into the home.

The entire house depends on the structural integrity of the entire foundation system, and if problems with the foundation arise, they are not necessarily easily or inexpensively remedied. Most newer Canadian homes have poured concrete or concrete block foundations, while some have preserved wood foundations.

Most older homes have stone/rubble or brick masonry foundations. The following provides a list of some typical foundation issues (and non-issues) that are found in Canadian homes. One cautionary note, these conditions may be pointed out during a home inspection, however it is virtually impossible for a home inspector or any other professional to necessarily give a conclusive opinion on the cause of the problem or if the condition will worsen based on a visual, non-intrusive investigation. More conclusive information would involve more intrusive inspection methods, a detailed history of the home, and a view of the future.

Most poured concrete foundations (and some concrete block foundations) have cracks, and in most cases these cracks are typical vertical or diagonal shrinkage cracks that are less than an eighth of an inch wide. They occur within the first several years of the foundation being constructed due to the curing/drying of the concrete. Although these are not typically structural concerns, they are openings into the basement and may need to be sealed to prevent water leakage into the interior areas of the basement. Conditions that affect the potential for water infiltration through cracks include water levels around the foundation, the presence and condition of drainage systems such as drainage tile and gravel around the lower perimeter of the foundation, and the presence of water/damp proofing materials on the exterior surface of the foundation. Any crack, large or small, should be monitored for further movement and/or water infiltration into the home and, if necessary, professionally remedied.

Horizontal cracks, vertical or diagonal cracks that increase in width at the top of the foundation may indicate that differential settling is occurring. This means that different areas of the foundation are settling at different rates. This could be caused by many things, but often is a result of different soil condition/types under different areas of the footings, or different sized footings under different areas. Different soils react in different ways to having loads concentrated on them. If the soil is well compacted and well drained, it may not settle much. However, if the soil is not well compacted and poorly drained, the load will compact the soil, thereby causing movement. Depending on the cause of the differential settlement, there may be continuous movement or none at all. The remedy will differ, depending on the cause of the settling and may range from digging down to the base of the footing in the affected area and pouring a new footing to installing a pier below the footing. Both of these remedies, if required, are relatively expensive.

Honeycombing is a term used to describe a condition in a poured concrete foundation where the aggregate (small stones) in the concrete is exposed and typically occurs when the concrete is not sufficiently vibrated and compacted after placing into forms. Flaking can occur on poured concrete foundations, but also on the mortar of stone foundations and on the surface of bricks on brick foundations. The effects of flaking or honeycombing are similar; if sufficient materials are deteriorated, the wall could potentially fail. As well, these areas are more sensitive to moisture infiltration. It is usually very difficult to determine the condition of a foundation below grade, where the problem is sometimes worse due to the elevated moisture levels. If flaking mortar or concrete is observed at the interior of a foundation wall or on the exterior exposed foundation, the exterior below grade foundation may also be deteriorated and require repairs.

Concerned about the state of your home’s foundation? Connect with Verified by eRenovate™ Contractors by using the eRenovate Post My Project tool or the eRenovate App. 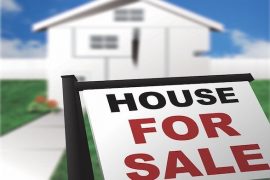 Preparing for a Home Inspection 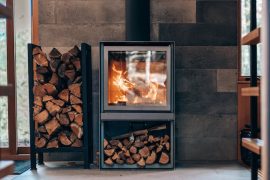 Simple Steps to Childproof Your Fireplace 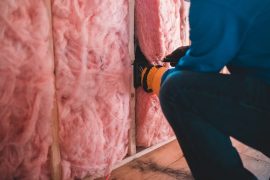